"Cymatics" is the science of visualizing audio frequencies. All of the experiments are real.
The most unusual part of making "Cymatics" was the fact that the music was written after the video was filmed.

In 1999 Nigel Stanford watched a documentary on  "Synesthesia" - a disorder that effects the audio and visual functions of the brain. People with the disorder hear a sound when they see bright colors, or see a color when they hear various sounds. He did not suffer from such a disorder, but have always felt that bass frequencies are red, and treble frequencies are white.

This led him to the idea that it would be interesting to make a music video where every time a sound plays, you see a corresponding visual element. Many years later, he stumbled upon a videos about "Cymatics" - the science of visualizing audio frequencies, and the idea for the video was born.

In 2013, Nigel Stanford approached his friend Shahir Daud, a talented film director working in New York, and asked him if he was interested in collaborating on the video. As Nigel describes it, he didn’t think Shahir really knew what the idea was about, but happily he said yes, and in July 2013 they started researching the experiments and buying bits and pieces online. 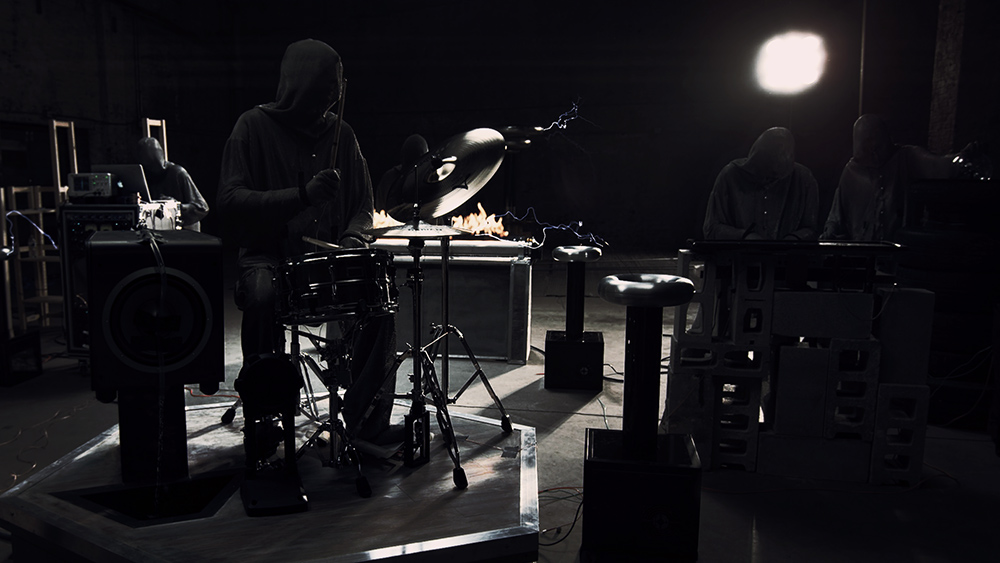 "Cymatics" was shot in 6k resolution on Red Dragon cameras, and finished in 4k / Ultra HD.
It is available to download in 4k, Ultra HD, and HD resolutions.

You can see the whole process and behind the scenes footage in greater detail here : link
New album and video "Automatica" will be coming out in early 2017. Details here : link
You can download all albums and videos here : link