In 2012, one of the multitude of online publications, which are now going extinct just as fast as they appeared, addressed a question to the LIRFONS team « Fashion of the future, a return to the past ? », refreshing the mind, let's recall what was this about and had anything changed since then ?

Nowadays inventing is more of a relative concept as we live in the times of idiocy and decay not only of " Fashion ” and the " Art " world, which are now most of the time served as a disadvantaged by reason child, called “ Modern Art ”, but of humanity in general.

First of all true fashion is based on a personal style, individuality of one’s worldview and a personal perception of forms, lines, colors and space. The degraded concept of fashion has taken a pitiable appearance and the overall masses are more than satisfied with it, consuming tons of clothes that represent nothing, based on the principle “ I wear what the global marketing told me to wear because I’m actually no different from, so why wouldn’t I be a copy of a “ Fashionable” unit.”.

Under these circumstances most of the fashion houses no longer follow the strategy of quality and uniqueness of their products, offering simpler and cheaper items, desiring commercial success, maximizing their profit margins. As behind every fashion house or brand with history sit hired workers, same as in any other business. They have to pay their employees, preserve a functional level and at any cost do not allow the circle of materials and money ever stop. 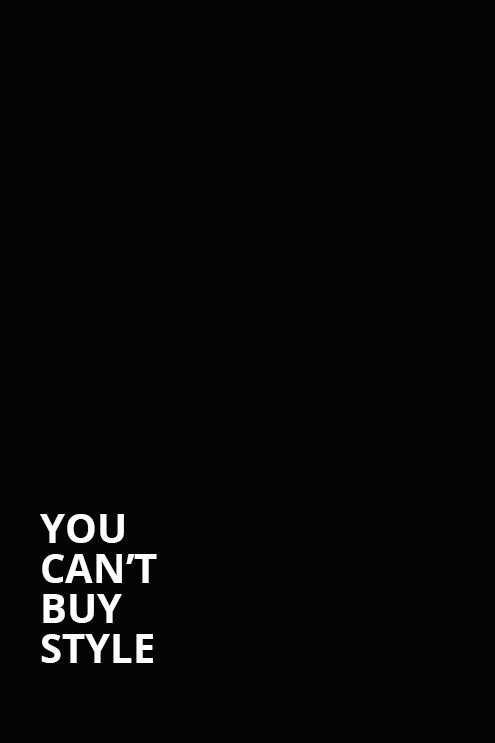 When fashion stopped being art, humanity received yet another industry, that for the most part has no place for “ Inventions ”, “ Innovations ” and “ Style ”. Big ideas, tedious work, the placement of a part of your soul and fantasy during the production process, these are all things of the past century.

Most of things that could be invented, were invented or created by someone before us. As it is said - a person has two arms and two legs, so we’re at least limited to two sleeves and two trouser-legs. A perfect representation of what the young designers are doing now would be the assembling of a personal puzzle that consists of things that were before – the era of detailed designs.

Things that can now become something new are correctly detailed products of the forgotten past under a sauce of historic epochs, musical genres and modern life, dictating us what’s acceptable and what’s not. This is exactly why the clothes of young designers are becoming more and more popular among the people in the art world, as it emanates with personal fantasies, thoughts and designer’s perception in general.

Clothes can no more be considered “ Old fashioned ”, fashion has called upon all the centuries of it’s existence and each of us has the right to mix it, based on their own perception of reality.