#1  You were born and you grew up in Chisinau, Moldova which doesn’t seem to be the worlds fashion hot-spot. How did your interest in fashion and modeling arouse? Which were your first steps into fashion scene?
It’s hard to define the exact moment when I did something right, something that got me into the fashion world, as I don’t think that I’m “connected” to it, although I understand that I am somewhat a part of this huge industry. At the age of 18, as any other modern teenager, I had access to the vast virtual world of internet, where you can find any information about things that are absent or not well developed in your city or country. I’m not going to lie, when I left Chisinau to Moscow I wasn’t making any plans of an instant success in modeling, actually I didn’t even plan, I simply acted. Like most adequate people, at 18 I started to actively search for myself and this search, with an advice from my friends at LIRFONS, started from modeling in Moscow.

#2  Besides your work as a model / including jobs for Z Zegna, Rick Owens, Vogue, Vman and co. / you and your friends are working as designers for a fashion label – What’s the story about LIRFONS ?
The story about LIRFONS, first of all, does not tell the story of the creation of the brand, as a commercial organization. LIRFONS is a team of friends, who knew each other since childhood, passionate about art and keen to make their ideas and thoughts their own reality. One of the activities that LIRFONS is involved in is a hand-made limited edition clothing line. LIRFONS is an abbreviation and only few know it’s meaning. Besides clothing we also do photography, styling, modeling, music and other activities in the artistic field of work.

#3  When did you stop going to a hairdresser? Your thoughts about androgyinity?
I think I was about 15 years old the last time I was at a hairdresser. After that, my friends were the only ones who’d cut my long hair. Androgynity – a trend, blown out of proportion for the masses. There have always been people whose look was pleasing or not, there have been man-like women and men with tender facial features. Androgynity has been largely picked up by the gay community, which made it even more popular. Let’s take the 60-70’s music and surf cultures, boys were skinny, had long hair and a lot of them had sophisticated facial features and an overall refined appearance, but nobody would talk about androgynitity, as men would still behave themselves as men. I don’t consider myself and androgen as I am a man in all senses of this word and thank God I don’t fall under the statement that a man should only be a little prettier than an ape. It would make more sense if those who use this term would actually consider the word’s actual meaning and look a bit into mythology, where it’s said that Androgenes where mythical creatures that combined male and female sexual traits, thus becoming sexless. That’s why I can’t understand how a 100% boy or a 100% girl can be called an androgen.

#5  Besides fashion you also love music and skateboarding. Could you decide between the three? Which passion infuses you the most with joy?
Every passion of mine is directly related to various stages of me growing up, forming as a personality and various life phases. If I’d choose one thing over another I would not be who I am. I’m not a supporter of a narrow mind. I think that harmony and inner freedom can be achieved only if the person understand the world and himself by looking from absolutely different point of views and being involved in various activities, even though if they won’t become a profession or the main field of work, but remain as a personal hobby, something for your soul. The most important things are the emotions and knowledge that you get in the end. You can be a billionaire, that invests in green technology, paints on week-ends and builds miniature airplanes out of paper or you can be a billionaire who is the same as the majority of the Earth population – only eats, sleeps and gives away orders to subordinates to raise his self-esteem. Can you see the difference? That’s why I’m happy by the fact that I can try myself in any field of work that I am interested in. Otherwise, what’s the point in living?

#6  What are the things you always keep with you/ in you bag?
Yes, humanity.

#7  What are your plans for the future? Do you have a big dream to be fulfilled in the next few years?
May be I’m a bit superstitious, but I prefer not to speak of my plans and dreams, until the moment they come true, as everything that’s said, loses it’s power and value. I can only say that the most important and the biggest dream in my life is to live my life in happiness and harmony, having no regrets that I’ve spent my life on things that didn’t matter. 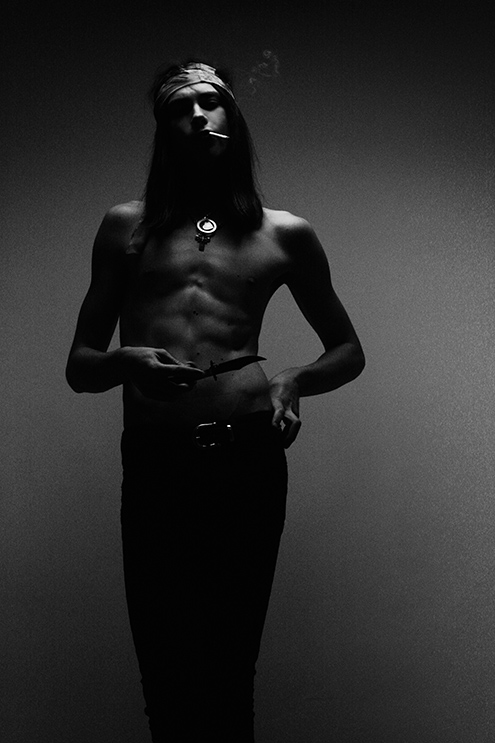